“I was born in Paris on 14th Nov 1934 and was named Sylvette David. My father was an influential art dealer and painter, whose Champs Elysee gallery, David & Garnier, discovered and exhibited the now famous Bernard Buffet. My mother was an award-winning student at the academie Julian, Paris. Due to a highly unconventional childhood, I have always been free from the normal constraints of learnt art.

As a young child my life was spent between Provence and a small island off the cote D’azure. My days passed in complete freedom, playing in the sea and admiring nature. The Alpine school of my early years, during the latter part of the war, was an open-minded art based primary that became a sactuary for many families fleeing the Nazi peril. When I was 16 my mother sent myself and my brother to Summerhill school in Suffolk.

… a wonderful experience which changed my life

I returned to France with my fiance and in 1954 I met Picasso in the small, southern town of Vallauris. It was a wonderful experience which changed my life. In 3 months, Picasso painted about 40 paintings of ‘Sylvette’ (as I was then called). Having moved to Paris, I had my first child, Isabel, in 1963. My father encouraged me to paint, and although driven to create, it wasn’t until I was 45 and living at Dartington Hall with 3 children that I began to paint in earnest.” 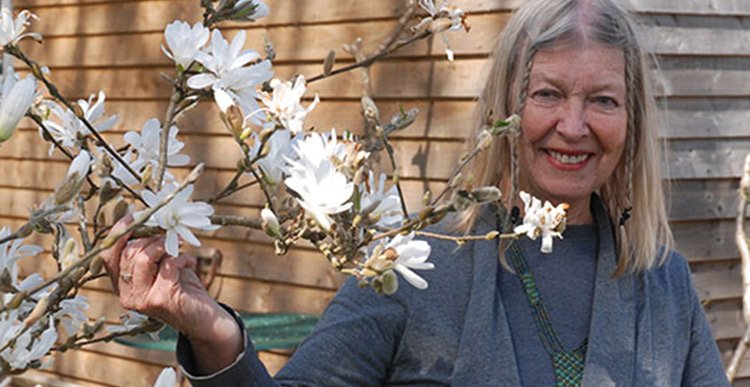